Until today, Wingman Cards and Contacts had been married their entire. The UI Designer cast them as a couple in Sketch. Their birth in the first development release cemented their marriage, and they have been living happily together….until yesterday.

You see, Cards and Contacts have been living the lives of an arranged couple: they enjoy the companionship but they are very different. And we cannot fault the UI Designer, as he was just looking at other products like Camcard and Contacts+ for design inspiration.

The divorce process started a couple of months ago. One evening when Cards and Contacts were sitting on a stack of business cards watching the latest episode of “Scanned in 60 Milliseconds”, Contacts said, “I love you so much, but you have a lot of clutter, and I don’t think it is something you can fix. I like my workspace clean and many of the contacts you send me after the scanning process I don’t want to include in my contacts. I like to keep my list of contacts pristine.” Contacts was nervous having just raised the first conflict with the beloved Cards.

“I’ve been meaning to talk to you, too”, Cards said, “I’ve noticed our users are receiving business cards but are not scanning them into Wingman. And, I overheard a conversation between two of our users last week. It was not a creepy overheard like our neighbors Siri and Alexa, but more of a one-time observation. A woman told her colleague she stopped scanning business cards into Wingman because she did not want them in her contacts.”

Contacts was pleasantly surprised with Cards response. Then they started opening up and told stories they had never shared before. “Remember that time you scanned that fortune teller’s business card? I wanted to fold you in half!” And the stories continued on for hours, culminating with agreement to place blame on the UI Designer who arranged their marriage.

But then reality hit. How could they separate? Each of their existences were so comingled with the other. What value is Contacts without Cards to populate them? And what value is Cards if they are not turned into Contacts? “A photo.”, cried Cards, “Just a photo.”

A lightbulb went off in Contacts’ head. Contacts posed the question, “What if we share Search?”.

“What do you mean?”, asked Cards. Search was a gift Wingman had given Contacts on Contacts’ first birthday. It allowed users to quickly find contacts. For that same birthday, Wingman had given Cards the ability to have a card backside, which Cards through was full of s**t.

“I mean you process every card you scan with Guaranteed Accuracy already. You are already doing the work. So, now users can select whether to convert the card into a contact during the scanning process. If they decide to create a contact, it will be sent to me. Otherwise, it stays with you. If I give you Search, when the user searches it will return both contacts and cards that match the search string! The only thing I request is that I am positioned at the top of the Search results. Deal?”

“Deal! This is a great idea.”, concluded Cards.

So, today, Wingman is happy to announce the divorce of Cards and Contacts!

I love to fly through the universe, meeting new people. 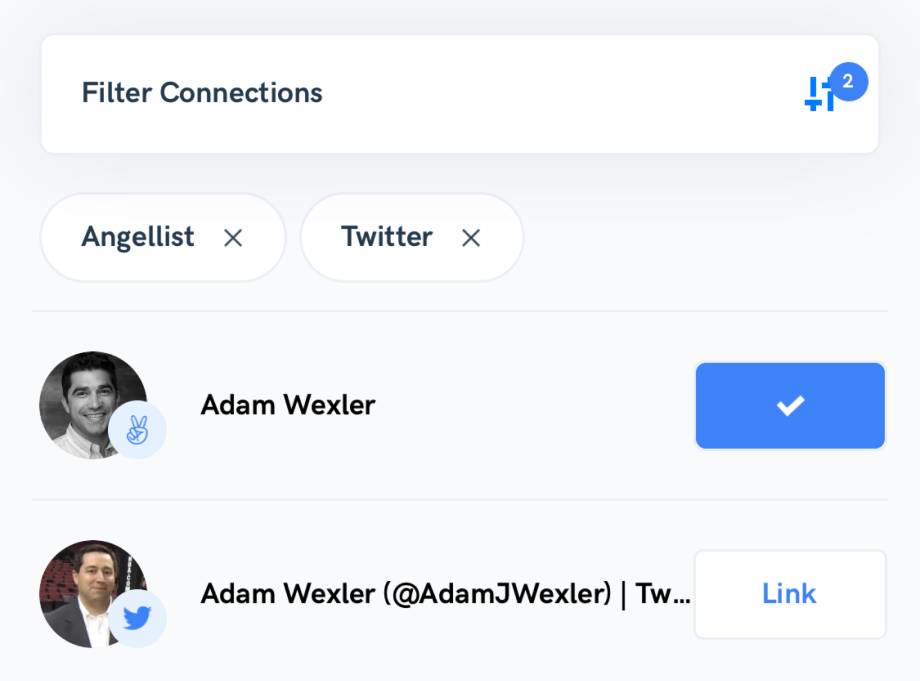 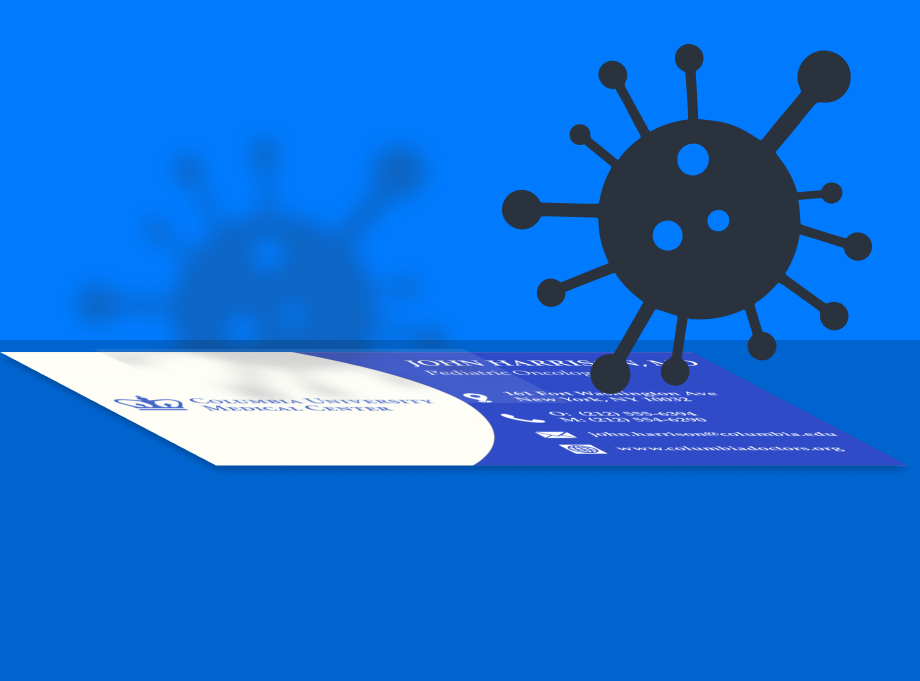 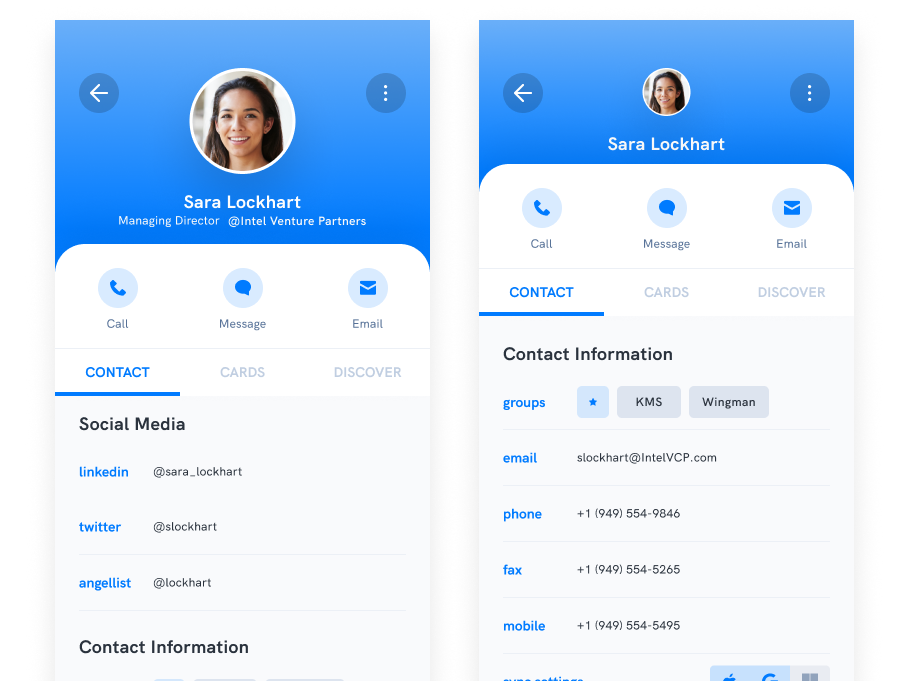 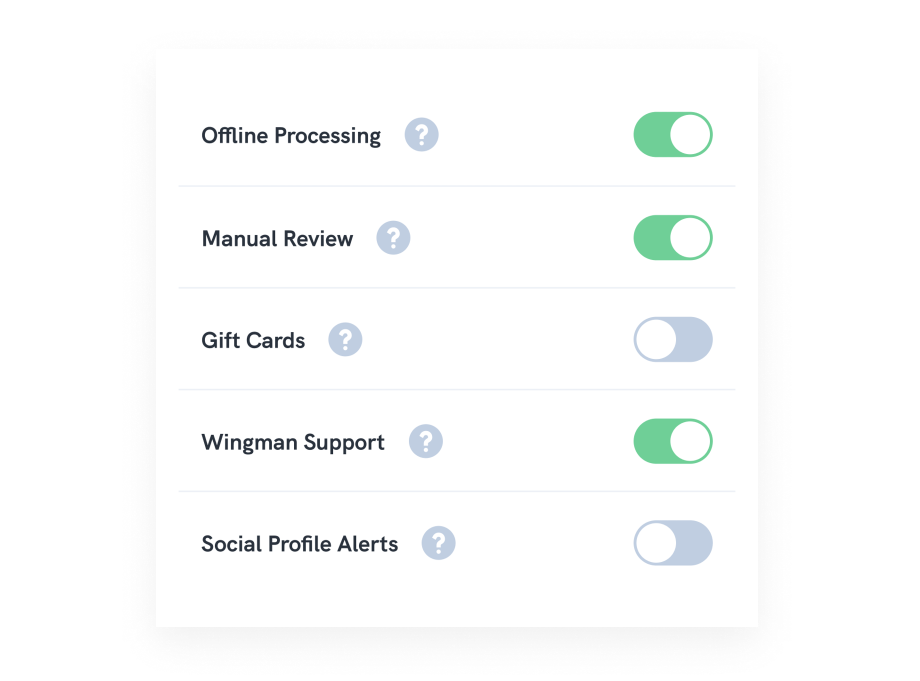 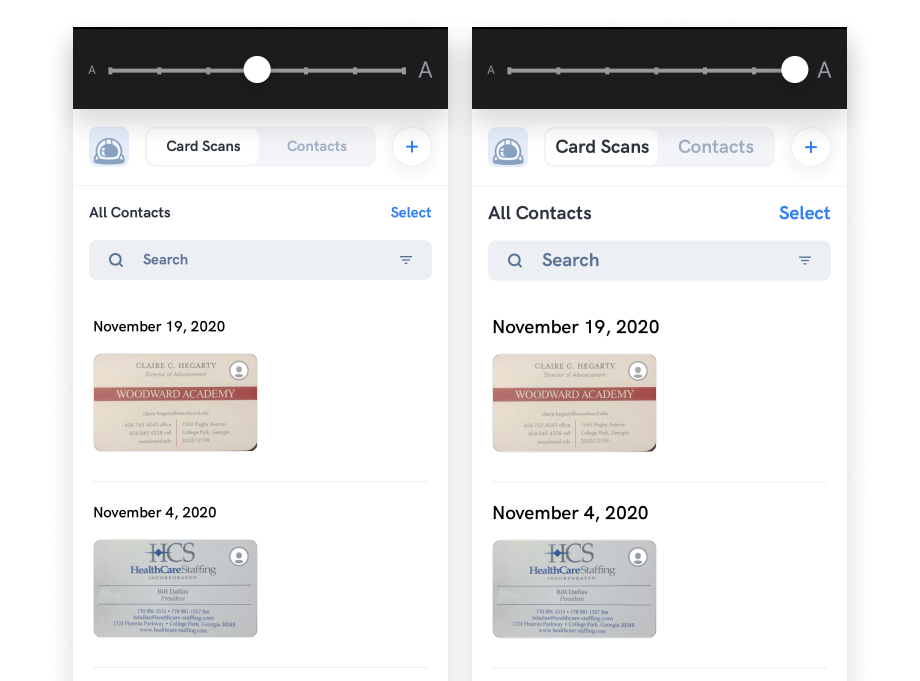 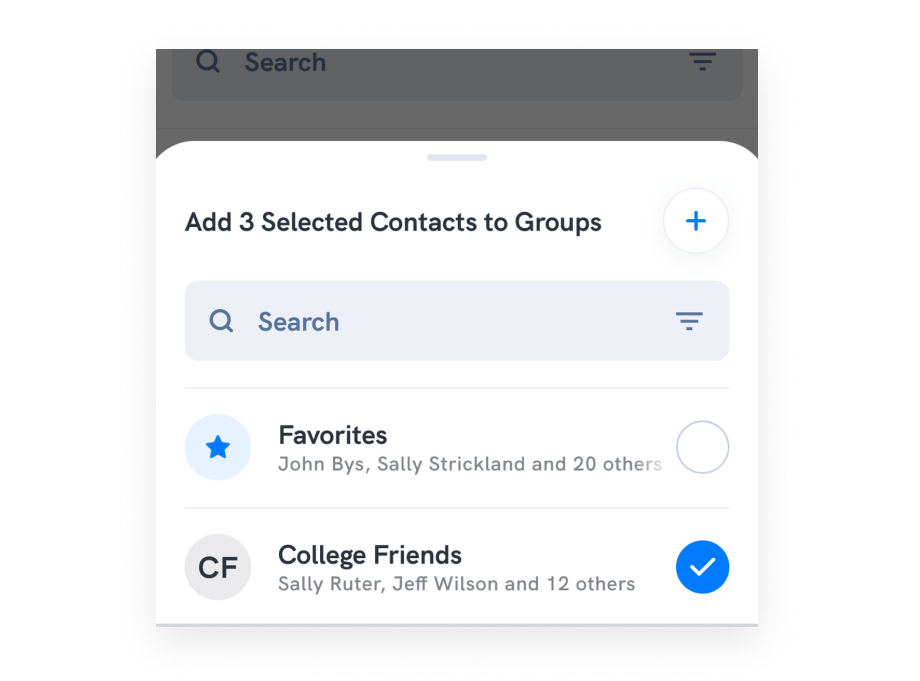 Cards and contacts got a divorce